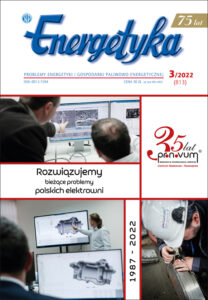 Remembrance and farewell to Mrs. Professor

THROUGH THE EYE OF A WORLD TRAVELER

Jacek Nowicki
Barakah Nuclear Power Plant in the United Arab Emirates on basis of power units with APR-1400 reactors
In 2020-2021, the first two units of the Barakah Nuclear Power Plant – the first nuclear power facility in Arab countries – were put into operation. Two more units will start operations soon. This modern power plant is based on the technology of APR-1400 Generation III+ reactors developed in the Republic of Korea for a quarter of a century. The American System 80 reactor, of the now defunct Combustion Engineering Company, became the basis for the successes of the Korean OPR-1000 and APR-1400 designs. This unprecedented success of the United Arab Emirates power industry is an example for many countries in the world determined to develop nuclear energy in the process of energy transformation from sources using traditional fossil fuels to modern zero-emission sources.
Keywords: Barakah Nuclear Power Plant, System 80 reactors, OPR-1000 reactors, APR-1400 reactors, nuclear power in the Middle East countries, KEPCO, KHNP, FANR, ENEC

Jerzy Trzeszczyński, Marcin Hatłas, Wojciech Murzynowski
The application of parametric digital twins to analyze the lifetime of turbine casings during start-ups
The turbine casings, as the critical components of a power unit are subjected to variable thermal and mechanical loads. The nature of the loads causes relatively large casings deformations and their damage due to thermomechanical fatigue. By the application of numerical simulation (FEM), it is possible to determine the stress state and displacements of the casings during their operation, startups and shutdowns. The obtained computation results allow to find the most stressed locations and to estimate changes in the components durability. Unfortunately, due to the size of numerical models necessary to obtain high-quality computations results and the computing power of a typical engineering workstation, the simulation time makes it impossible to perform real-time simulation. The solution to the described issue is application of reduced order models, which reflect the behavior of the FEM model, significantly reducing the computational cost. Parametric reduced order models (PROM) of the turbine casings enable the analysis of casings stress state in real time and for simulated operation conditions. The application of PROM also allows forecasting the components durability, which translates into the possibility of implementing test and repair plans based on the analysis of the work and actual load of the casings. An example is presented in the paper of the approach to assessing the durability of turbine casing with the application of PMOR will be presented.
Keywords: lifetime assessment of turbine casings, parametric reduced models of turbine casings, possibilities of using parametric digital twins for the lifetime analysis of turbine casings

Rafał Kobyłecki, Robert Zarzycki
Numerical modeling – a useful engineering tool to improve operation of power equipment
Some chosen aspects associated with the application of numerical modeling for the investigation of numerous scientific and research works are presented in the current paper. The proposed approach and methodology may be used for the calculations and assessment of the operating conditions of real power generating systems or devices. The modelling results can be used especially to diagnose and facilitate the analysis of the operating conditions of the analyzed devices, as well as to optimize the efficiency and extend the durability and operation time of power generating facilities.
Keywords: operation of power equipment, numerical modelling

Mateusz Kusibab, Marcin Hatłas
Process modelling in steam turbine flow during reduced technical minimum
The article describes process modeling based on virtual models representing real elements of turbo-generator set. The turbine model analyzed consists of four submodels (HP, IP LP and steam condenser), which can work separately of themselves. Process analyze was performed to simulate power unit operation at reduced technical minimum (129-90 MW). Virtual models can define the efficiency of the given turbine part and the power which it generates. The simulation was performed using MATLAB software. In summary, the exemplary directions for further development of modeling in MATLAB, including the possibility of integration with thermo-mechanical models made in ANSYS software are shown.
Keywords: MATLAB, process modelling, diagnostics of turbine, 90 MW, reduced technical minimum

Dariusz Broda, Andrzej Kałuża
Machine learning in predictive maintenance and optimization
The technological progress in the processing of large data sets, especially Machine Learning, noticeable in recent years, opens up new perspectives in the digitization of industrial plants. Progress has definitely accelerated as a result of the rapid development of computer techniques and their versatile applications, which are identified directly with such terms as Industry 4.0 or Big Data. The genesis of these concepts is directly related to the dynamic increase in the amount of data obtained and collected by industrial plants. Among the wide set of technologies that allow for effective work with data, machine learning algorithms stand out – they enable automatic grouping, classification, pattern detection and forecasting in multidimensional data sets, the analysis of which would take weeks or months using classic methods of mining. Progressive digitization opens up new opportunities for companies, allowing for more efficient asset management and optimization of industrial and business processes.
Keywords: machine learning, digitalization of industrial plants, optimization of industrial and business processes, the role of machine learning methods in diagnostics and maintenance of machines and devices

Ewald Grzesiczek, Sławomir Rajca, Tomasz Bijak, Agnieszka Rauk-Borcz, Wojciech Sikorski
Current problems identified during diagnostics of heating turbines
Turbine sets operated in combined heat and power plants have design solutions specific to the operating conditions. Providing them with high availability, especially during the heating season, is the main challenge in maintaining the technical condition. Without diagnostics and overhauls performed at a sufficiently high level, this cannot be achieved. The article presents the most important problems recently identified during the tests. There are also described the rules, which help to avoid these problems in the future.
Keywords: heating turbines, diagnostics, overhauls

Grzegorz Golański, Jerzy Trzeszczyński, Cezary Kolan
Microstructure and mechanical properties of P911 steel after long-term operation at a temperature of 560oC
The article presents the results of metallurgical tests of P911 steel after approx. 70,000 hours of operation at the temperature of 560oC. The conducted research showed a relatively low degree of degradation of the tested material and the retained martensitic strip microstructure was observed after operation. It was shown that the changes in the microstructure of the tested steel consisted of: matrix healing and recrystallization processes as well as the formation of a continuous M23C6 carbide mesh at the former austenite grain boundaries. Relatively small changes in the microstructure of P911 steel were related to the relatively low operating temperature. This refers to the mechanical properties of the P911 steel, which after operation were still higher than the standard requirements.
Keywords: steel P911, metallurgical testing, long-term operation, mechanical properties of steel P911

Grzegorz Golański, Cezary Kolan, Krzysztof Brunné, Kamil Staszałek
Microstructure and mechanical properties of bainitic steel Cr-Mo after operation
The samples taken from the pipe section made of P5 bainitic steel (X11CrMo5) were tested. The test material was operated at 534°C for over 93,000 hours. After operation, the tested steel was still characterized by bainitic microstructure with numerous precipitates. The M23C6 type precipitates were observed at the former austenite grain boundaries, at the boundaries of the bainite laths, while the M2C and M23C6 particles were revealed inside the bainite laths. The tested steel was characterized by a relatively low degree of microstructure degradation and strength properties higher than the standard requirements.
Keywords: Cr-Mo bainitic steel, steel mechanical properties, microstructure degradation, strength properties 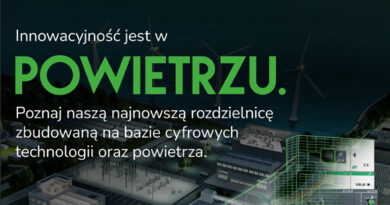 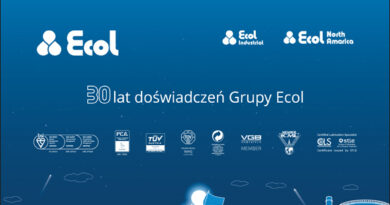 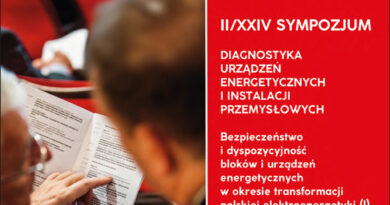